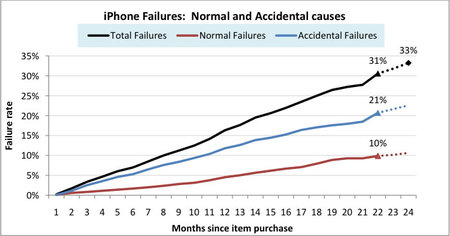 iPhone can safely be declared as fragile

If you go by the figures of this survey, you may well end up with the conclusion that I have. The iPhone isn’t known to last falls and that’s more of a fact. The survey states that more than 66% of damaged iPhones have been subject to damageafter a fall in the last 22 months. It costs a bomb to replace the damn screen, this gives the fall a deeper gash and all the more reasons to go in for some protective gear for your phone. 25% of these had faced their death after plunging into water. iPhone owners, better get paranoid since it’s for your own good.

Surprisingly though, the total damages suffered by iPhones was comparatively lesser than that suffered by BlackBerrys and Treos. As if that can be a consolation. 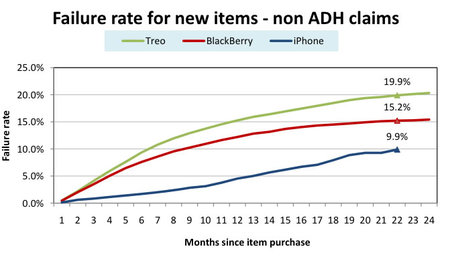