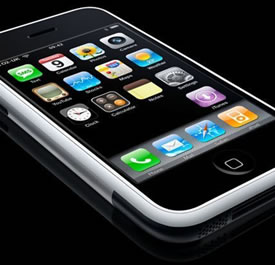 According to the Greek iPhone unlocking site, the Text strings in the latest beta of Apple’s iPhone 2.0 firmware indicate towards multiple new features plus extra measures to prevent unlocking. References to 3G chipsets have been made; the code also adds A2DP and “HeadphoneBT” entries, suggesting support for stereo Bluetooth audio, in addition to the “HeadsetBT” mention for existing mono Bluetooth headset support. Apparently there will be a Bluetooth remote control. Hardware references include a hint to “RoleGps,” implying GPS navigation, plus unknown reference to printers. Earlier references towards Nike+ equipment have been dropped for the moment but speculations for it being integrated at a later date are still there. A new, clearly expressive “BRICKED_AND_SIM_LOCKED_STRING” point towards, that the phone may ultimately refuse to unlock itself for use with unofficial carriers if it detects either it’s restricted from normal functions.

“YouTubePlugIn.webplugin” component for Safari has also been speculated, however the add-on is unlikely to imitate Flash or similar animation plug-ins and instead call on the dedicated YouTube player to load a given video listed on a website. “Google411,” associated with Google Maps, suggests the iPhone will receive either a text or voice directory lookup link for given locations.
Source