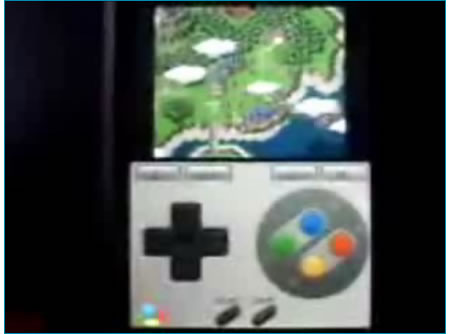 A very helpful soul has coded a native SNES emulator for the iPhone / iPod touch.
The project is still in the beta / testing phase, but it wont be long before you will be able to get your hands on the virtual controller and playing games like F-Zero, Killer Instinct, and Super Metroid. Apparently if you help the developers out a bit (with a donation) they’ll split you off some beta test action. Check out the video after the jump.