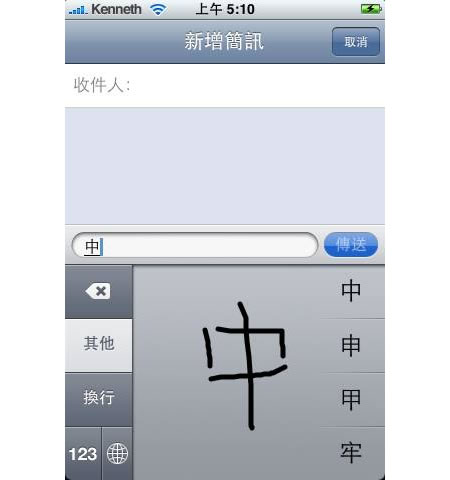 A Chinese site (wretch.cc) has posted screen shots of a character recognition software for the iPhone firmware2.0. What isn’t clear is how folks are expected to draw characters, seeing how there’s no provision for an on-board stylus; the entire interface is designed for finger use. Apple has long ignored the fact that the iPhone touch screen although good isn’t really only meant for the keyboard input method, especially since most of its competitors are offering multiple modes of input.

However Apple intends for this feature to be used, the implementation looks pretty hot, capable of operating in both portrait and landscape modes. Sadly, it seems that Chinese is the one and only language supported at the moment.