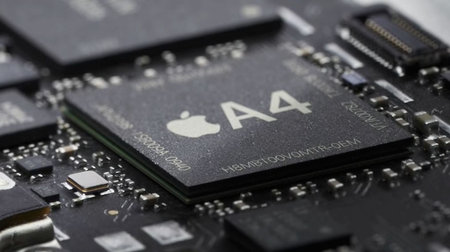 The iLounge Booth at CES 2011 showed off an interesting mockup version of iPad 2. But back then it wasn’t suggestive of any hard core tech specifications. The folks at Apple Insider seemed to have got lucky with close-to-reality facts about iPad 2 and iPhone 5. Both of these iOS devices are due for commercial launch in the first half of the year. Some of the solid additions here would include the company’s custom A4 chip with dual, faster graphics cores which would compliment Apple’s ahead-of-time display technology, Retina display. This display is known to pack as much as four times as many pixels into the same physical area on the display, thus delivering crystal clear viewing experience to its users. The icing on the cake here is the 1080p HD support extended to almost all devices including Apple TV. Also the SoC here will get be upgraded to the new SGX543 graphics and video core that is capable of delivering around twice the processing power at the same clock speed. With this kind of heavy duty tech specs, Apple surely seems to be pursing an aggressive strategy to preserve and further its market share with respect to both, Tablets and Smartphones.
[Appleinsider]