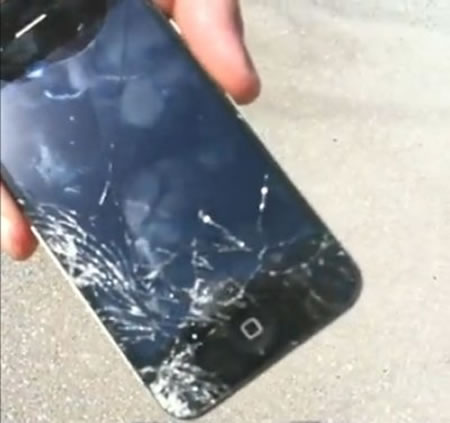 Shattering news (terrible pun, sorry) – tests are showing that within four months of purchase, the glass on the iPhone 4 is 82% more likely to break than the glass on the 3g. Researchers are SquareTrade analyzed accident claims for over 20,000 iPhone 4 warranty owners and compared it to iPhone 3gs claims rates. Their findings revealed that 68% more accidents are reported by iPhone 4 owners than iPhone 3gs owners, and that 4.7% of iPhone 4 accidents were within the first 4 months of ownership, which is almost 70% higher than accidents reported about the iPhone 3g. A staggering majority – 82% – of iPhone 4 accidents involved broken aluminosilicate glass screens. This may be because of the glass composition, or the fact that there is now double the surface area to break.

Despite this increase in accidents, SquareTrade stand by the claim that “the iPhone is still a very well constructed device, with a non-accident malfunction rate much lower than most other consumer electronics”. Just a thought, but maybe the owners should start taking a little more care of their handsets….
[Squaretrade]