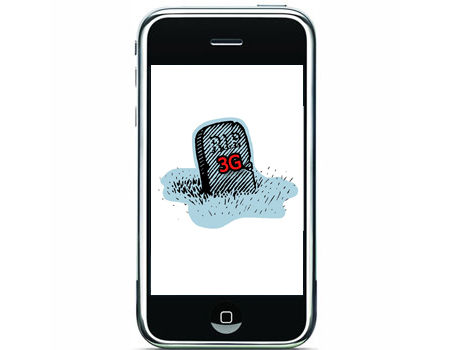 The iPhone 3G is as they say passé now. It’s going out of style. The BoyGeniusReport says that it’s going to be discontinued, and that makes sense since the 3GS took its place and the 4G is very nearly upon us. According to some sites, it seems that Apple has stopped supplying AT&T stores with the 8 GB iPhone 3G and the Australian online Apple Store lists the iPhone 3G as unavailable. And now that Walmart is starting to sell the 3GS at just $97 why bother with the 3G.
Tuaw