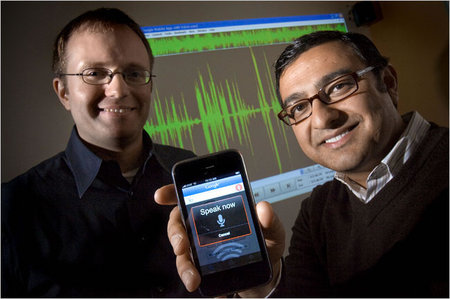 iPhone 3G is getting funkier. A new free app that will be found shortly in iPhone’s App Store is the speech recognition technology, which will allow users simply speak a question and receive search results directly from Google. Questions like ‘Where is the nearest Starbucks,’ will be directed to Google’s servers as digital audio files. After the words have been deciphered the converted information will be sent back by the Google search engine. So mundane stuff like the population of your locality to the next burger joint will only be a voice command away!
Source