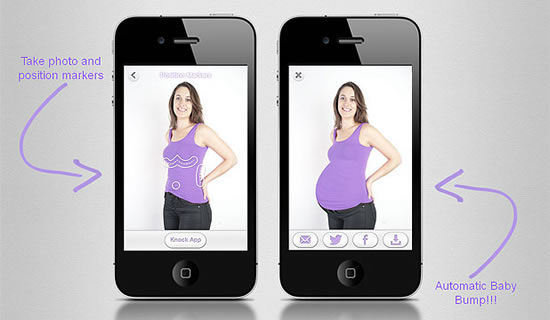 We’ve seen a bunch of “politically incorrect” applications that turn famous for simply being, well, extraordinary. Take this Australian-developed iPhone application for example, complete with a tagline that assures to “increase teen pregnancy”. Called the “Knocked App”, this one digitally enhances your pictures to make you look nine months pregnant! A great solution, particularly for those looking to shock their parents and manipulate their bosses into giving them a few months leave, the Knocked App has led a ton of users to post “pregnant” pictures on social networking sites, leaving their friends and kin jaw-dropped. And just as we expected, concerned citizens and family planning groups haven’t really taken the application with a pinch of amusement and have called for it to be withdrawn! Also, we advise you to stay clear from this one if you’re a guy. You probably won’t be fooling anyone anyway.