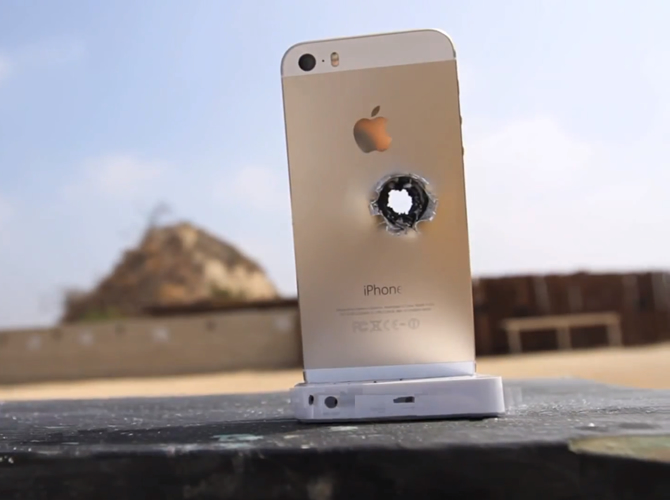 RatedRR pitches the iPhone against a 50 cal gun

What happens when an Apple iPhone meets a 50 caliber? You’re about to find out! Just yesterday, we were having a pretty slow day at work, and as always, YouTube came to the rescue. While watching mindless videos of kittens and epic fails, we stumbled across this RatedRR video. As you probably might have already guessed by now, the video pitches an iPhone 5S against a Barrett M82A1! While the specs of the phone have been spoken about quite often, let’s dwell upon what this gun’s worth. The Model M82A1 is hailed for its precision and accuracy. With the added advantage of the .416 Barrett cartridge, this is the weapon you’d feel safer with in the event of a zombie apocalypse.


While the iPhone 5S did manage to survive a drop test with concrete, the phone failed in dirt. So, the jolly folks at RatedRR who don’t mind putting an iPhone through several tragedies decided to have it shot with a 50 caliber gun. The result? Well, you’ll just need to watch the video to know more since we hate spoilers just as much as you do!