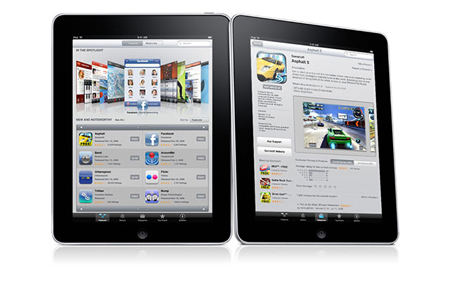 iPad 2 may make it by April next year, says analyst

If we were worrying about the iPhone’s CDMA version rolling in then we’d not have our hearts braced for this news. It’s not really news but any mention of the number 2 besides the word iPad makes us cock our ears. Gleacher analyst Brian Marshall has predicted that coming of the iPad 2, soon after the CDMA launch. He claims to be closely monitoring Apple’s release patterns and from the reading on Digitimes he came up to the consensus that the prices of the iPad’s original version is dropping by some extent, only to clear stocks for Christmas. After which they have just a few more months till this alleged release rips their stocks apart,

For retailers who have overstocked iPads it may be a red alert but for fans it’s something that will give them hope, at least till the Galaxy Tab sequel kicks in.
TheInquirer