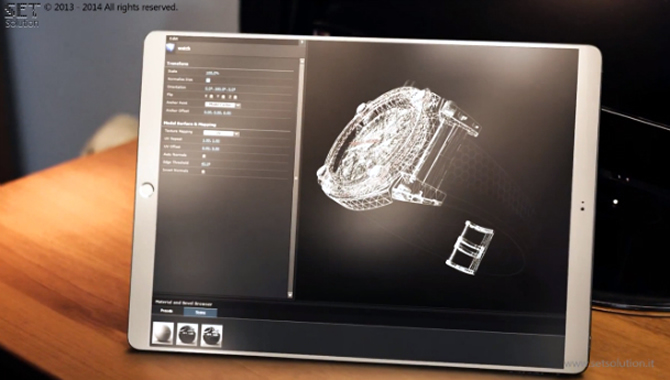 Apple are working on developing a bigger screen for their tablet line. From the devices that could probably see this innovation to the light of day is the highly anticipated iPad Pro. Though the name is yet in question (iPad Maxi could be the other possibility), we seem to have set our eyes on what could be the next ‘biggest’ iPad to roll out. This is a designer’s interpretation of what the iPad Pro could be. It flaunts a 12.9-inch tablet with a 4k screen and Touch ID in tow.


There’s so much to expect from Apple when they surpass barriers and with the size factor being beaten with this version, we surely hope for a screen that is equally as enterprising.