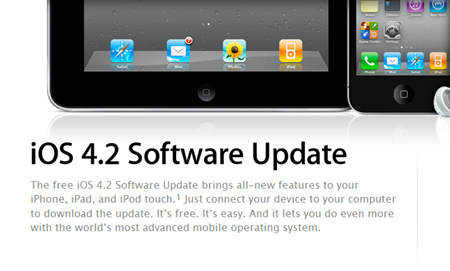 iOS 4.2.1 unlock for iPhone 3G and 3GS ready for release as UltrasnOw

The iPhone Dev Team has signaled the iOS 4.2.1 unlock as ready-to-go. It will be called the UltrasnOw, and happens to have been an intensively blocked unlock tool, by Apple. It happens to be that Apple made use of ‘aggressive compiler optimization’ to lock this baby down but thanks to the geniuses on the other end of the line, it was soon broken into. Those Apple users who have old handsets will soon have a reason to celebrate. The deeds seem to credit a Twitter user by the name of Musclenerd. The iPhone Dev Team have had their dark pleasure of being superheroes to iPhone users for a while now. Instead of a regular jail-break, UltrasnOw provides users with a carrier unlock facility as well.

The users who will benefit from this crack include iPhone 3G and iPhone 3GS users with a base band of 05.15.04. Nice!
Softpedia