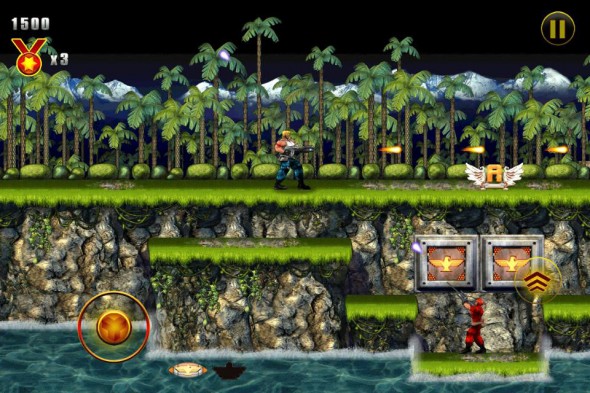 iOS users can now enjoy a nostalgic game of Contra

By now, a lot of you might have got yourselves over the fact that Apple isn’t really innovating too much anymore. Well, before you toss your iPhone away and settle for something a little more contemporary and less outdated, check out this new iPhone offering, the iOS-ready version of the extremely iconic and nostalgia-inducing video game, Contra. Originally developed by NES, this classic game is being brought to the iPhone by developer CocoaChina/Chukong. The new game will be christened Contra Evolution, sans the colon, and is termed to be “the first fully licensed mobile version of Konami’s classic alien-and-human-shooting side-scroller Contra.”


The game will also be available on the iPad and has already been launched in China. The iPhone version of the Contra Evolution game will be priced at just 99 cents while the iPad version will set you back by $2.99. The game is scheduled to hit US shores on the 27th of June. From what we’ve seen and heard, this game is more or less like a high-resolution overhaul of the good old game and will leave you addicted, just the way its predecessor did.