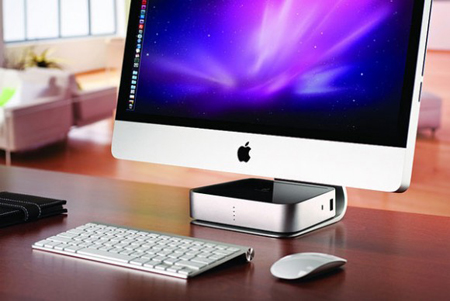 ‘Mac Companion Hard Drive’ is the best possible name to make these Iomega drives and their use literal. They serve an extra purpose as charging ports to ensure that your USB devices can be powered up while this drive is being accessed by your Mac. It’s a smart feature and surely sets a benchmark in design aesthetics as well. The drive is compact and situates itself under an iMac screen. It features a pair of Firewire 800 interfaces and runs at 7200 RPM. Other features of the device include a choice of 2GB/3GB storage capacities, Iomega protection suite and Mac apps, two port hubs to add more drives or printers into its being.

The App Store will sell both capacity drives later this month for $195 and $295 for 2GB and 3GB variants, respectively.
SlashGear