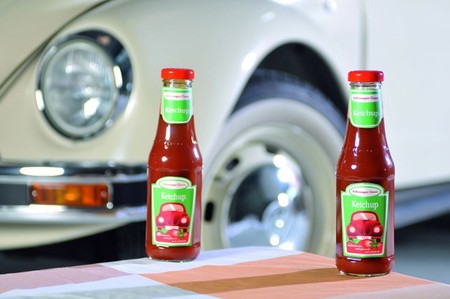 I know this is a total ‘WTF’ question but well, it isn’t something totally ambiguous. In fact, the automaking giant is all set to give you a tangy taste with their very own ketchup. There’s even a distinct comparison made between this one and Heinz. Just make sure you don’t spill it all over that expensive seat and sue the company for it. It doesn’t work that way.

VW is said to have started the bottling fiasco from 1997. That’s enough of a history lesson that you’ve already missed out on. So now it’s catch-up (ketchup) time.
[Autoblog]