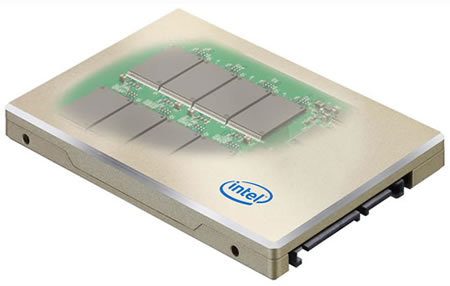 It was Intel’s X25 lineup first that opened up the gates of solid state drives for consumer personal computing machines. The tech giant now has unveiled their new SSD 510 series packed with some heavy-duty performance features that will make it the ideal accomplice of present day’s extra engineered tech goodies. This SSD has a speedy 6Gbps interface, writing speed at over 315MBps, and is capable of reading data at over 500MBps.

Based on the chip giant’s 34nm, MLC NAND architecture, the 510 Series drives also use a Marvell controller and are touted to be a befitting product for “enthusiast consumer client PC.” It will be ship with a three year warranty in options of 120GB and 250GB priced at $284 and $584 respectively.
[Geek]