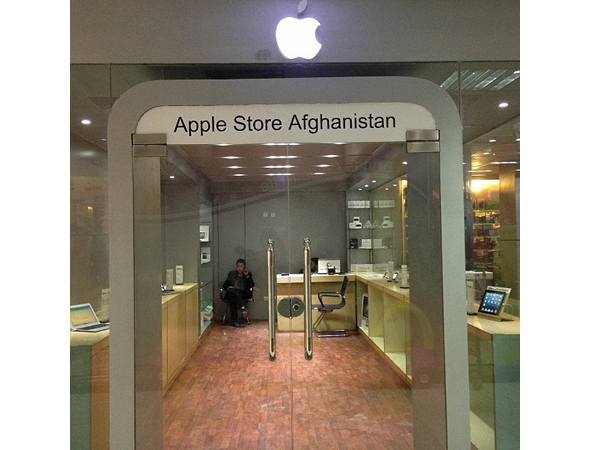 Inside Afghanistan’s only ‘unofficial’ Apple Store

We might envision of a war torn Afghanistan with widespread devastation it has suffered over the past few decades, cutting edge technology doesn’t quite fit into it well, but that’s the picture News channels have painted covering the country. Now look at the photo below, it’s of an Apple store in Kabul posted by Massoud Hossaini on Instagram. It might not match up-to the level of an Apple store in, say, New York, but why would it? After all it’s an unofficial Apple store. Run by Esmatullah Rahimi, the store imports the Apple products from Dubai, selling for a very little margin, usually ranging anything from $10-$50. The store owner claims there is plenty of demand but the unavailability of products mars the sales.


Despite slim margins, the store has been doing well; Rahimi plans to expand his business, and even has a website under construction. Apple products are hugely popular across the world and Afghanistan is no different. There are a lot of similar knock-off stores around the globe where Apple hasn’t been able to reach, such untapped markets are waiting to be exploited, but the question is, when will Apple officially cater to their demand?