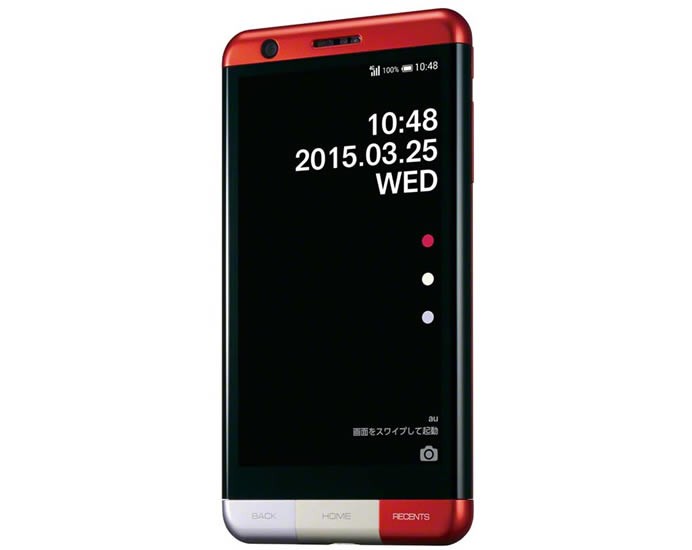 A new stylish and pretty phone has been announced in Japan, it’s called Infobar A03. This one is an au design smartphone with unbroken lines. When getting charged this smartphone can be kept in its desktop holder (sold separately) to function like a clock. When you touch the screen the sensor key character will emerge, and whenever any notification comes, the lower level button lights up to facilitate ease of usage. Talking about the specs, Infobar A03 runs on Android 4.4 Kitkat, the display is 4.5 inches TFT, the processor is 2.53 GHz quad core, and the RAM is 2GB. The built in storage capacity is 16 GB and is extendable up to 128 GB. The front camera is 13 Megapixels and the rear of the smartphone houses a 2 Megapixel camera. The smart looking smartphone is also dustproof (IPS5X) and waterproof (IPX5/IPX8). 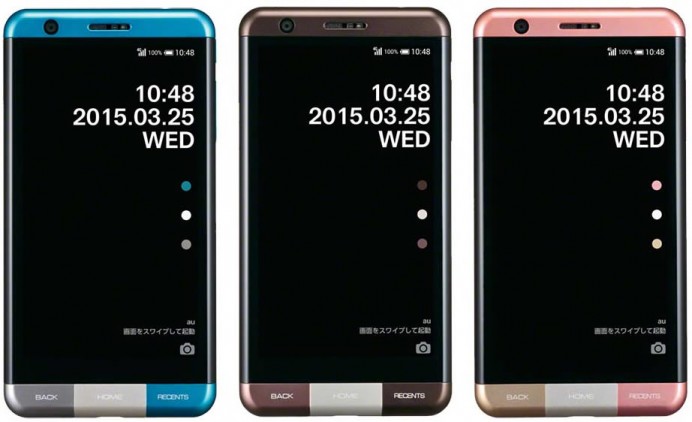 The size of the smartphone Infobar A03 is 68x138x8.9 mm and the weight is 130g. Infobar A03 is available in four colours: red, mocha brown, pool and sakura iro. The phone will be released in the mid of February. 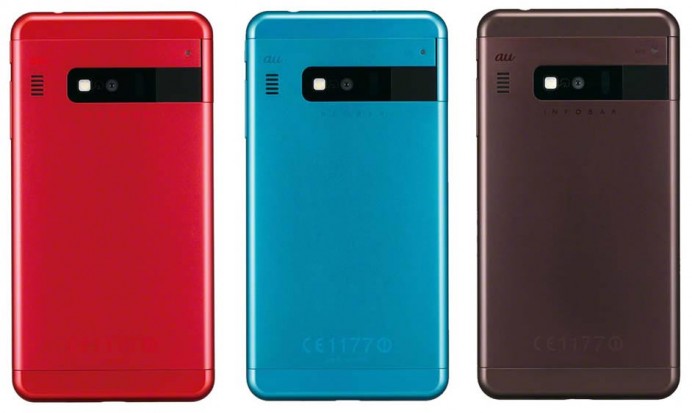