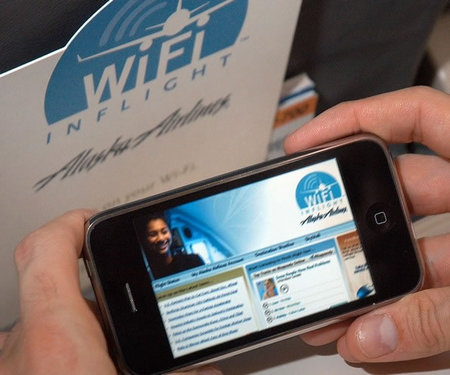 In-flight WiFi speed to get 4 times faster in 2012

In-flight WiFi services are soon going to get speed upgrades for companies like Gogo have installing equipments across major airlines. They have already upgraded services on nine of the biggest airlines to give on-board passengers access to faster internet services. The folks at Venture Beat also reported that the same company will be unveiling its ATG-4 service which will increase the current available speed by as much 4 times.

Gogo will first offer its new service on Virgin America’s airplanes but we don’t know how soon it is will unveiled for other folks in the industry. Delta Airlines too recently announced that it is adding WiFi support in airplanes designed for shorter regional flights. Gogo also said that its Gogo vision service will be upgraded to include access to as much as 200 movies and TV shows.
[Neowin]