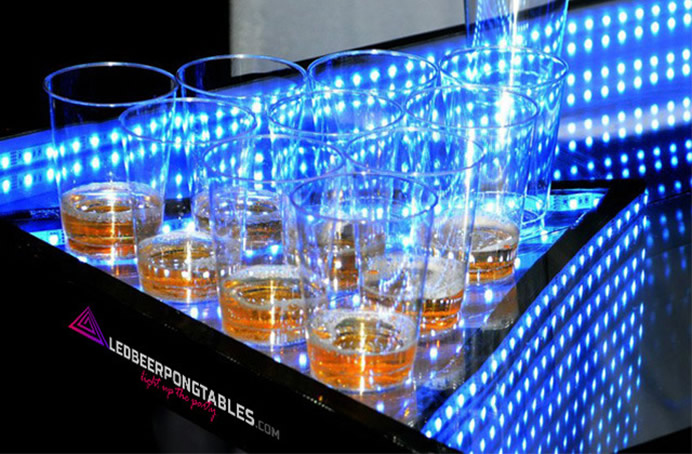 Be it the Powerup 3.0 paper plane powered by a small motor or the life sized Lego car, the numerous crowd funding platforms are the breeding ground for some of the coolest and the wackiest ideas on this planet. One such awesome idea we came across is this LED lit beer pong table which has been developed by a small group of engineers based out of Simi Valley, California, who go by the name ‘Custom Glow’. Sporting a full steel frame with removable legs and a folding center, the Infinity Glow LED portable beer pong table is strong enough to take the brunt of craziest of the parties, and with its unique LED lighting, the table promises to be the center of attraction at social event where there will be people and drinking.


The coolest feature of the table is that the LED lights groove, flash and change along with the music which means it’ll also double up as a giant sized glowing visualizer. The lights can also be remotely controlled with the help of an IR remote and the special mirror on the surface gives it a groovy appearance. The team has put the Infinity Glow on the Prefundia crowd-sourcing platform and is looking for pre-funding to give the idea a lift off. 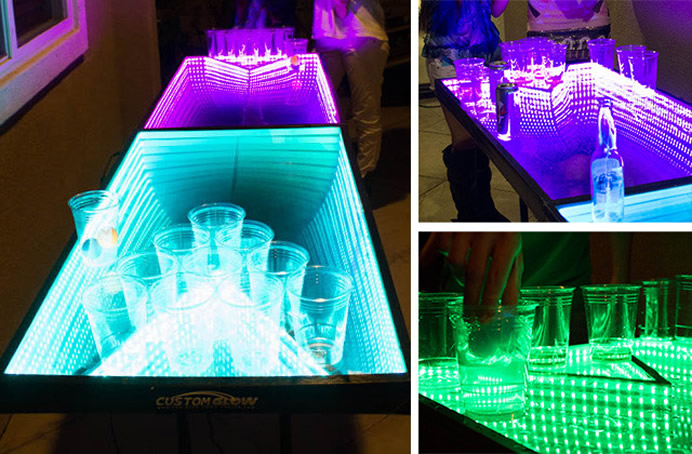 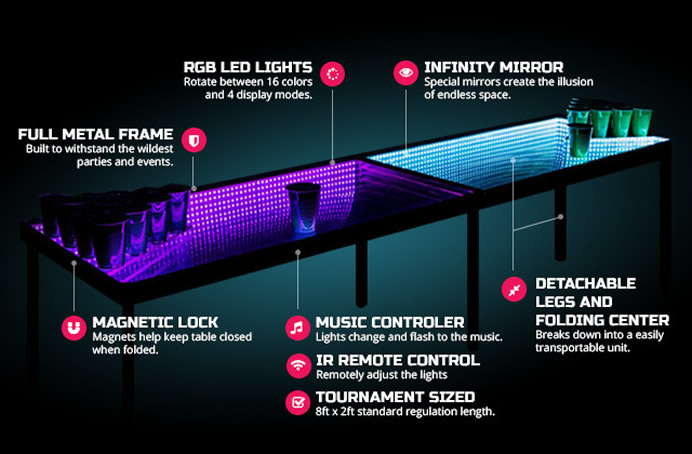