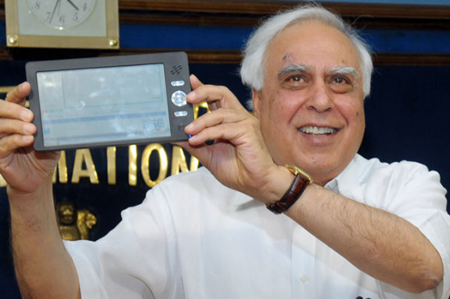 Who needs the hundreds of dollars to be spent on high flying gizmos back in India? The pure essence of a device is its utility. The getting the job done attitude is a win eventually. Yet, the tablet we all have been waiting for, called Sakshat, has taken a while coming. First heard of in 2009, the tablet turned heads as it claimed to have a price tag of just $35. There’s finally some news on the device’s existence. It will be shipping shortly for INR 2,200.

The Indian government may even subsidize the tablet for a limited faction. There’s more word expected on the same shortly.
Time Of India