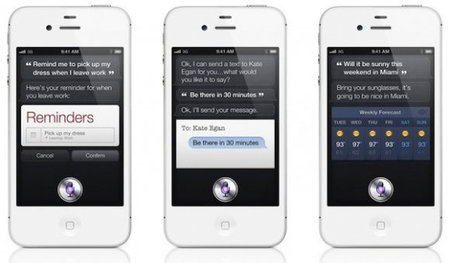 What seemed to be the main offering in the iPhone 4S and probably the next big thingg to come with smartphones, especially iPhones, is the Siri voice recognition feature that promises to be at your every beck and call. Now it seems that this much hallowed feature has contributed in increasing data usage as the Apple servers need to be contacted at all times. iPhone users are known for their heavy data use. Bloomberg states that Siri doubles the overall use of data by iPhones. How evil is that?

One report states that above 4 million iPhone 4S devices were sold by Verizon in the last quarter. Getting Siri may soon make you responsible for someone’s call being dropped.
Slashgear