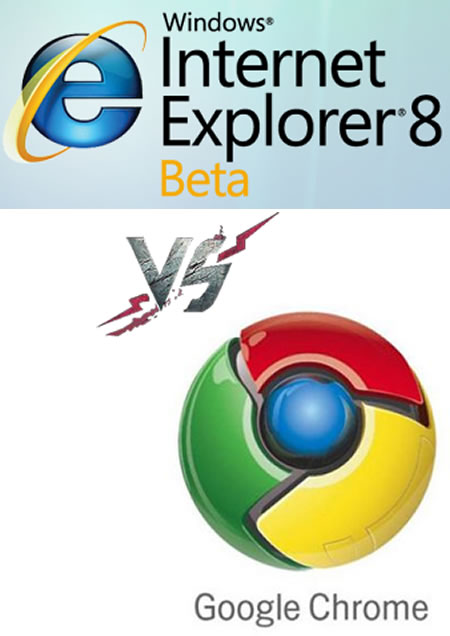 In the next browser battle its Microsoft’s IE8 versus Google Chrome, Microsoft says –‘You’re going down Google.’

Microsoft is on the warpath against none other than search giant extraordinaire Google. They’re accusing Google of not respecting their user’s privacy by collects all kinds of information like every keystroke made, in their Chrome browser. They’re saying that by combining the search and address bar in one space, it violates a certain amount of privacy for the users and since IE8 has separate fields it’s much safer as data isn’t shared. I’m sorry I think it’s much easier to have just a single bar and that my browser can find the sites before I’ve even completed typing. MS also argued that IE8 also has a special privacy feature called InPrivate that allows users to surf without leaving any information about where they’ve been. However Chrome also has a set up that’s similar and it’s called Incognito. Point muted Microsoft!

In my opinion it’s a matter of preference really and if you’re comfortable sharing your information with search sites to bring your searches up faster, do it. If not you can stick to a more secure service like IE which may take a few seconds more but is a little more secure. That’s the reason we have so many third party options. I love the internet.
[Arstechnica]