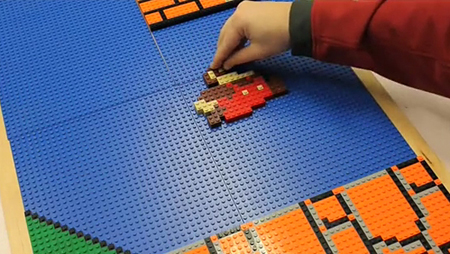 It’s surely no child’s play to design the entire level of a game, even if it’s the 8-bit Super Mario Bros, using Lego pieces. Yet, Zachary Pollock is quite keen on getting his act on and building the first level using only Lego bricks. He started a Kickstarter fundraiser since he needs more funds to gather as many bricks needed to get the Lego construction ready. Pollock has estimated he will need 780,000 blocks to get the project completed, pixel by pixel and brick by brick.

So head to Kickstarter and help this fine idea blossom into a rather amazing tribute to the game that made it all good, back in the day.
Technabob