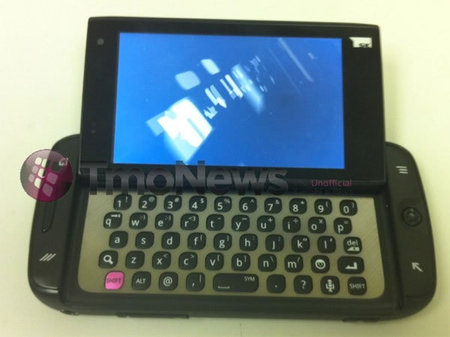 It was last summer that we first heard that T-mobile is going to freshen up its Sidekick series with an Android Phone from HTC. A couple of revelations later crystalled into a different device and the story of Sidekick was lost until T-mobile turned the rumor wheel again by asking their customers through Twitter as to what they would like to see in the new Sidekick device. Now TmoNews could lay on some spy shot of the device, thanks to their benign ‘ninjas.’ No hard specifications are out on the loose, but speculations suggest the makers this time are going to be Samsung. It is believed to support T-Mobile’s HSPA+ network and run on Android 2.3. Everybody around the tech town believes that device will do full do full justice to the Sidekick league and we hope the official announcement in March Orlando does not disappoint us.
[Enagdget]