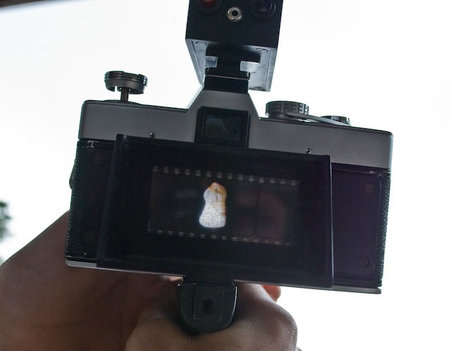 Although this technology is just a day old, the amount of spam companies lining up to buy the technology will rise by the dozen every minute. The name ‘Image Fulgurator’ comes from the Latin for ‘lightning’ (fulgur) and means ‘Flash Thrower’. The device is a modified camera — in this case, an old manual Minolta SLR. A flashgun fires through the camera in reverse, from the back. The flash picks up the image of a slide inside and projects it out through the lens and onto any surface. The Fulgurator lies in wait until an unsuspecting photographer takes a picture using a flash. When the device’s sensor sees this flash, it fires its own unit, throwing up an image which is captured by the hapless photographer’s camera while remaining unseen by the naked eye. The gizmo has been developed by Julius von Bismarck who is studying a German Diploma called “Digital Class” at UDK, Berlin’s art school. He has applied for a patent for the Fulgurator since the Fulgurator is a very easy hack.

A hole has been cut in the back of the camera and a piece of clear, roughened acrylic put in its place. A rear tube allows the flashgun to slide in. Everything else remains intact. The slides themselves are just rolls of processed film (the pictures are snapped from Julius’ computer monitor) returned to their canisters and then loaded up as if a normal film. Any image on the reel can be selected by turning the rewind crank. When you hold the Fulgurator up, you can see the subject on the acrylic screen and line it with the image on the slide. You can also focus, to ensure the final projection ends up sharp. This technology could be a nightmare for unsuspecting photographers who are hired for a day by agencies hoping to cash in the royalties for a good photo without sharing the booty with the agency that lent them the camera in the first place. 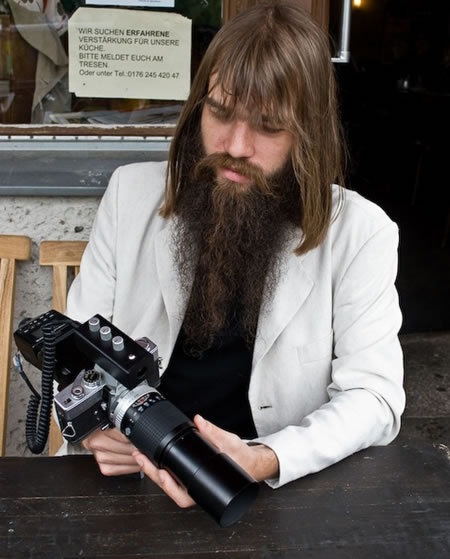 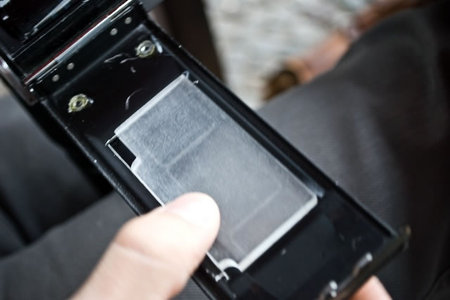 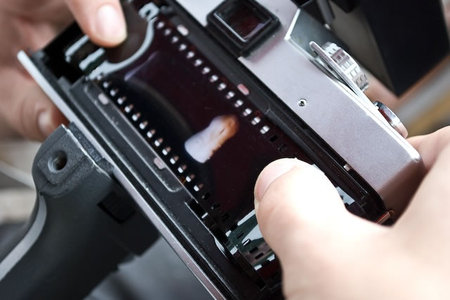 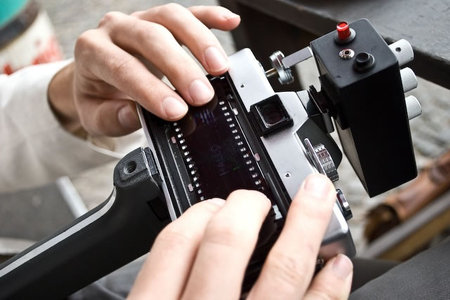