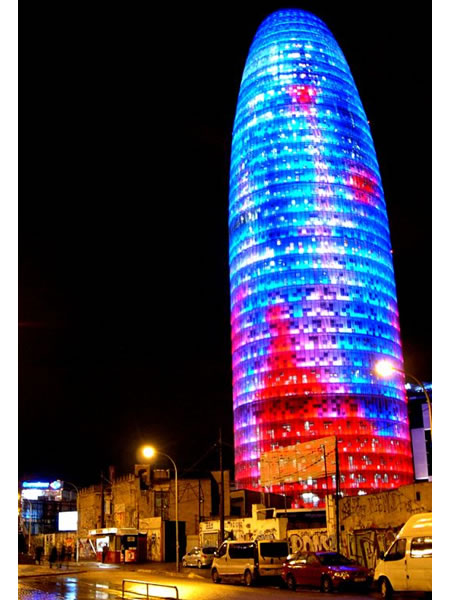 Illuminated Agbar Tower in Barcelona twinkles in the night’s sky

Siesta, Paella, bull-fighting and of course the illuminated Agbar Tower in Barcelona; pack in all these in your next trip to Spain. The Torre Agbar is dressed-up for this festive season and has donned over 4,500 LED illumination panels. Standing almost 474-feet tall, this38-story office tower displays imaginative, computer synchronized images that are colorful and fun. The building was inspired by the mountains of Montserrat that surround Barcelona, and by the shape of a geyser of water rising into the air.

Torre Agbar was designed by the French architect Jean Nouvel, whose designs include the Guthrie Theater in Minneapolis and Tokyo’s Dentsu Tower. It is the third-largest building in Spain.
Source