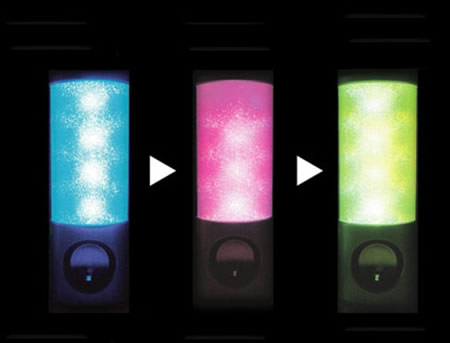 To-Conne corp Japan has announced the ‘i-Lit’, elliptical cylinder shaped speakers. They have a metallic body frame and light up with three colors blue, red and green which are constantly changing based on the music playback. The speaker has a 50mm diameter and deliver an output of 3W×2ch. The unit has a 3.5mm stereo input and is powered by an AC adapter.