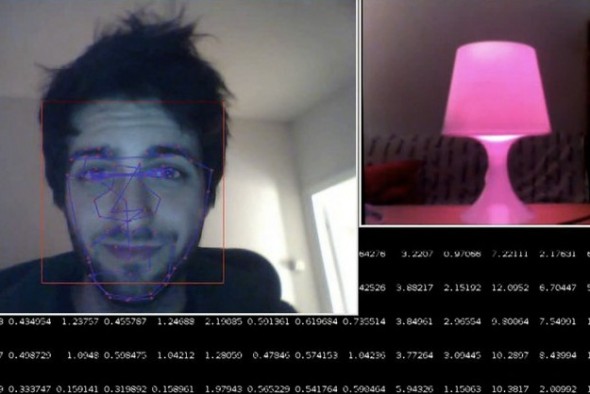 We have seen colors change based on moods, moods being affected by colors and colorful moods for crying out loud. The mood-detecting, color-changing lamp by Ikea is surely not the first of its kind. In fact, we saw one such as long back as 2009. Yet, we speak of Ikea here and the brand has its share of takers. The lighting system in the lamp consists of a natural interaction system that senses human feelings through facial expressions. It’s a hack so we can definitely hope Ikea like the idea. Italian Web developer Vittorio Cuculo did manage to do so effectively and the lamp uses OpenCV for image processing and analysis “to identify emotional state through the movements of face’s fiducial points.” The designer claims that the lamp, itself, becomes a natural interaction system with the capability of picking up facial expressions that represent certain feeling and emotions that are betrayed through facial expressions. One instance stated is that the lamp turns blue if you’re sad and as soon as you start smiling it changes to pink. The video does share some insight on the concept but there’s little we can do to convince ourselves about having it in our wishlist, so as to tell on our feelings. Fancy it going the shade of embarassment when you let out a little harmless gust of wind and everyone knows who did it, thanks to oversmart emotional tools like this one?