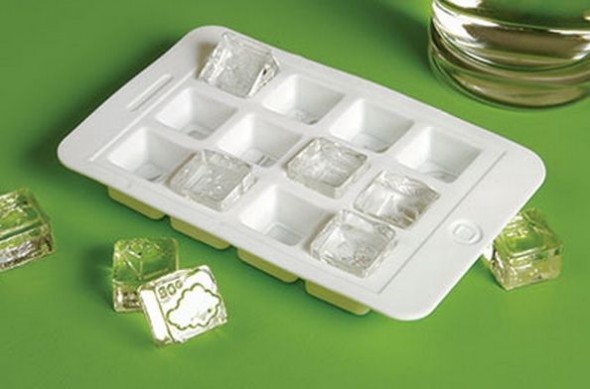 Apple fans now have a geekier way to cool off this upcoming summer season. Gamago recently unveiled innovatively designed ice-trays that make your ice cubes look like iOS icons! Called the iCube Ice Cube Tray, this ice traycan freeze up to twelve ice cubes at a time. Each tray sports twelve different iOS icons that are imprinted on the frozen ice-cubes.


And that’s not all. The tray itself replicates an iPhone and sports a mock “Back” button and a mock speaker. Priced at $8 a pop, the iCube Ice Cube Tray is a cool way to freeze gloriously geeky ice-cubes. Make sure you slip one of these in your freezer before your next Apple fanboy house party!