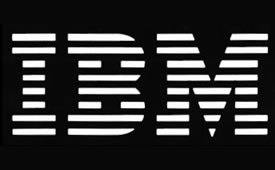 The 4 cores that today’s processors offer are a far cry from the single cores that we were so accustomed to some years ago. IBM on the other hand is developing the Power7 chip, which not only has 4 cores but also adds in four extra. The eight-core Power7 is being arranged in dual-chip modules. So, that’s 16-cores per module. As IBM tells it, each core will show 32 gigaflops of performance, bringing each chip to 256 gigaflops. Just on the gigaflop basis, that makes Power7 twice as fast per core as today’s dual-core Power6 chips, although the actual clock rate on the Power7 chips should be well below the 5.0GHz Power6 speed demon. IBM will ship Power7 at 4.0GHz in 2010 on a 45nm process. This system, funded by a $208m grant and meant to go up at the University of Illinois in 2011, will be the most massive machine ever created. IBM is also working on a 10 petaflop system (peak) comprised of 38,900 eight-core Power7 chips with each chip running at 4.0GHz. This monster will have an astonishing 620TB of memory and 5PB/s of memory bandwidth. IBM will rely on a 1.30PB/s interconnect to link the systems and will feed them with 26PB of storage. IBM will offer an Exabyte of archival storage just incase.

This behemoth will be built out of more than 100 racks filled with servers and storage systems, taking up close to 4,400 sq. feet. Let’s not forget the Quasar project from IBM that promises to combine Power and Cell chips, it’ only left for us to imagine the implications of such power.
Source