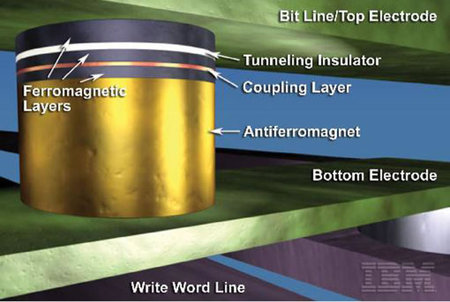 What is the most coveted feature any PC user desires? The ability to boot ones Pc just like you would your calculator. Well computer manufactures IBM & Toshiba have set out to achieve two features that being instant boot and unpowered storage. MRAM improves on DRAM by operating more quickly and holding data even when the power supply to it is turned off, meaning it uses only around 10 per cent as much electricity. Moreover, an MRAM-based computer would be able to boot up instantly.

Toshiba estimates that the MRAM will use about 10% less energy per megabyte than today’s RAM. However MRAM faces problems operating in a varying temperature ranges. The company expects to launch MRAM by 2015.
Source