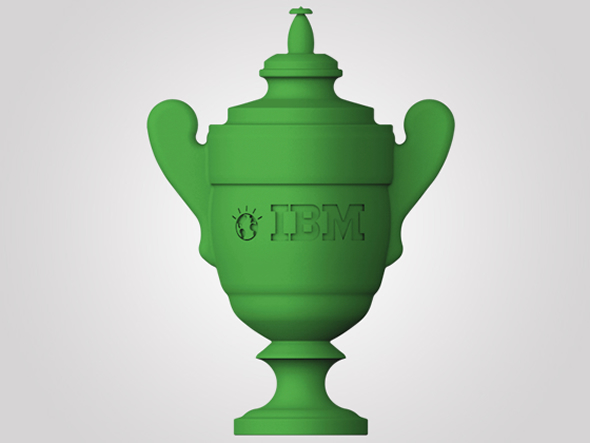 IBM is usually at the forefront of some innovation and in a recent tie up with Wimbledon, the company aims at a little marketing conquest too. By gathering real time data on running matches as well as taking into account player’s social media activities and popularity, IBM has been creating a few commemorations using a 3D printing. Data is analysed from various aspects including current match performances, social media popularity from the fans and naturally who’s actually leading in the competition. The leaderboards are generated by Wimbledon’s technology partner and tiny little commemorative trophies are 3D printed almost every 20 minutes.


It seems a tad wasteful but nevertheless rather unique a marketing campaign to keep one of the most watched sports actively in the limelight. It will also allow fans to keep pace of what’s going on even if they aren’t constantly tuned in to the matches. Each of the players also has their own trophy design. Here data that’s collected is being represented in a physical form and that just might make it easier to comprehend.