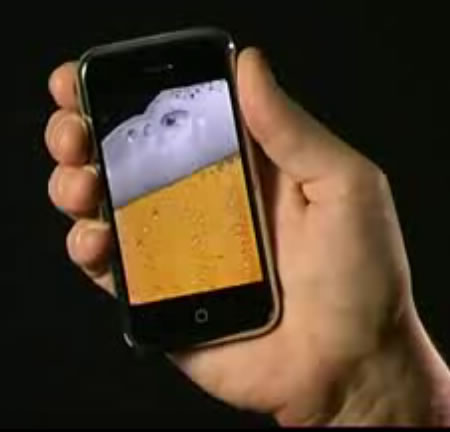 iBeer gets the lager on the iPhone

I’m not such a beer person, maybe a Shandy once in a while, but for those who don’t mind gazing at pictures of beer and getting their kick, iBeer is for you. iBeer brings beer to the iPhone 3G. The profunctionary burping and fizzing noises are there plus it even simulates beer being poured. iBeer claims to offer users the opportunity to “brew and drink beer on your iPhone and iPod Touch.” So now you can tilt and guzzle some beer from the phone (kidding!). This phony beer costs $2.99 at the iTunes store.

Hottrix, the developers of iBeer, are pretty smug cause their app is the sixth top seller in the iTunes App Store.
Source