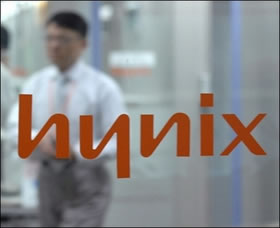 Touting it as the world’s fastest and smallest one-gigabyte chip for mobile phones, South Korea’s Hynix Semiconductor has developed a chip that can process 1.6 gigabytes of data per second. The mass production of this chip will start in early 2008. Hynix, the world’s second-largest computer memory-chip maker said that the chip could be applied to “ultra-small electronic devices and memory products.”

Hynix plants to hit the top-spot within the next 10 years through aggressive investment in next-generation products.
Source