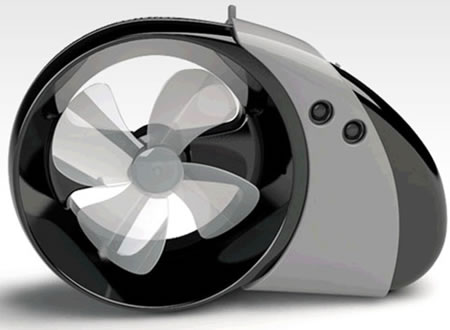 The Micro Windmill Mobile charger was developed by NV Satyanarayana a science graduate based in India; working on a similar concept is the HyMini a “mini green hybrid power station”, which harnesses wind/solar energy to recharge your 5V digital gadgets. When you go out for a bike or car-ride, attach it to your vehicle, and the wind turbines will trickle charge your device. Hook it up to a solar panel for power managing effect. It even stores energy from the usual wall sockets. To move the turbines enough, you have to be traveling at least 9 mph, and 40 mph at the fastest. Ports for most cameras, phones, and other mobile devices are available.