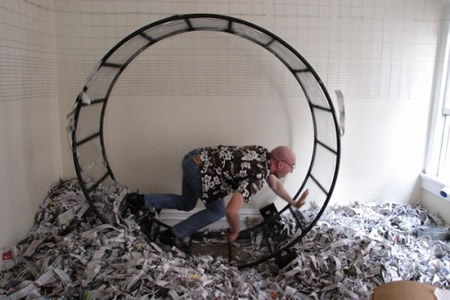 With the power crisis growing by the day here is something for New York and LA residents. A Human Hamseter Wheel however it does need a little bit of modifications to generate power, but once you are done with that you can burn some serious calories and power your TV at the same time.
I could just imagine the apartment owner sitting on the couch watching TV with the wheel spinning in the background. When the apartment owner wants to cook a meal the temp would have to run faster…
(Video after the jump)