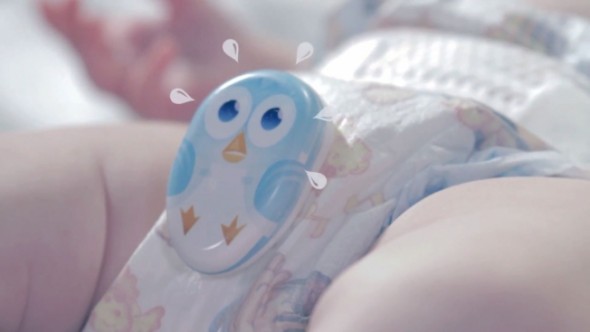 Huggies along with the advertising agency Ogivly Brasil has developed TweetPee, a diaper attachment which keeps a track of moisture levels and alerts the parents with a tweet or text when junior needs a change. The cute bird shaped sensor sends out the tweets which are then assessed by a mobile app which keeps a track of the diapers used so that you never run out of diapers. Tweetpee as it is called is currently available only in Portuguese, but the way smartphones have crept into our lives its a matter of time before such applications are rolled out worldwide.

Another daunting question is – As a parent would you want to have a battery powered Wi-Fi device with a host of sensors strapped onto your infant 24×7?