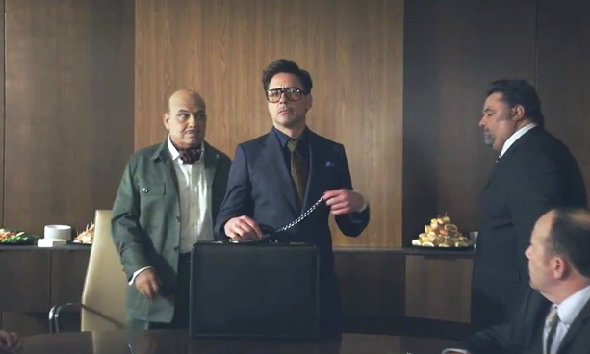 He may be Sherlock Holmes or Iron Man in some other realm but for the geek world Robert Downey Jr. is showing himself to be a completely new character, or should we say entity. HTC needed someone to save them some grace in the face of steep competition so who better than RDJ to do the job. That said, the company released a teaser of their new campaign featuring the superstar. In this clip he steps into a boardroom and with his millionaire-who-doesn’t-break-a-sweat redefines the HTC’s initials. Well, is that what we can expect from RDJ when it comes to all things HTC? Redefining the brand? Precisely so! That’s why they’ve showered him with all the greens, no?

HTC signed a two-year deal to become the spokesperson for HTC. We can expect a lot more from him on the HTC front. This campaign is out of 171 Worldwide.