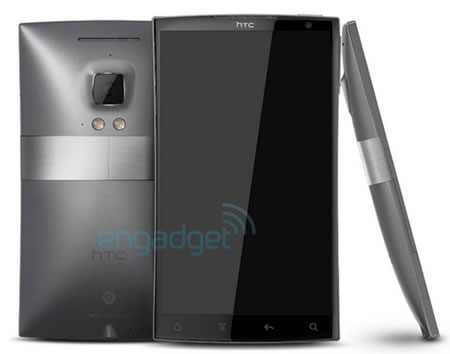 With the Android market ever-expanding, HTC decided to sculpt out a flagship phone that will give Samsung’s Galaxy S II and the likes a run for its money. Codenamed the Zeta, the phone is reportedly rumored to sport a 4.5-inch display with 720p resolution while packing a quad-core Snapdragon processor running at 2.5GHz. Using Ice Cream Sandwich and the HTC Sense user interface, the Zeta is also predicted to sport 32GB of onboard storage, an 8mp camera with a dual-flash and a 1.3-megapixel front-facing sensor while also boasting 1080p video and the Beats Audio enhancement feature! And from the leaked pictures we’ve stumbled across, the HTC Zeta seems to pretty much take the cake when it comes to Android smartphones!