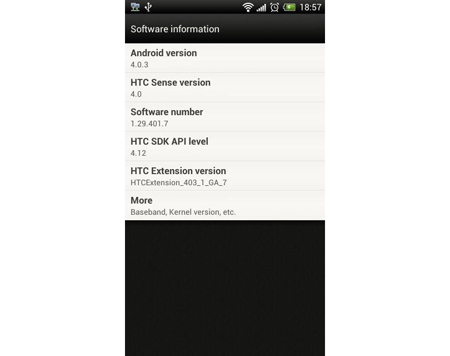 All the harping about the wonders of the HTC One X performance stats have been just overkilled with the announcement of the 1.28 update by HTC, for unbranded and unlocked handsets. The 35MB update manages to overcome the few bugs that did plague the system’s entrails and also enhances the performance. The update is also bound for carrier-enabled devices, in a while.

The phone was touted to be one of the speediest when it was released. We’re expecting a blizzard of performance now.
Android Police