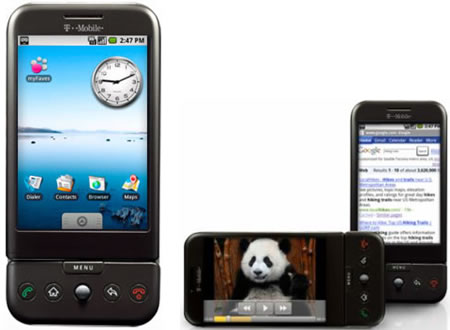 T-Mobile’s HTC G1 site, gave us a sneak peak at some images of the new Android based HTC G1 Google Phone. We did spot a MyFaves icon, which eases compatibility with T-Mobiles unlimited calling service. Then there is the maps application screenshot and some obvious integration of Google’s various services like YouTube, Gmail, and GCal. Then there is the browser, which does not remind me of chrome in anyway, screenshots show it in both portrait and landscape mode. Now comes to the juice of the matter, sources have further revealed the specs of the HTC G1, the phone features 3G , GPS, a 3.1-megapixel camera, supports up to 8GB of memory, 480 x 320 HVGA display touchscreen. Dimensions are of 4.6 x 2.16 x 0.63 inches, it weighs 5.6 ounces.

The HTC G1 Google Phone could boast a 5 hour talktime with 130 hours of standby, but get this the camera does not take video and could not have stereo Bluetooth. The device will require a Gmail account, and will not be sold at stores outside of a 2-5 mile radius of T-Mobile’s 3G coverage areas or simply put non 3G areas. Doesn’t look like this device is an iPhone competitor after all. Just waiting for the hours to go by until the phone launches. 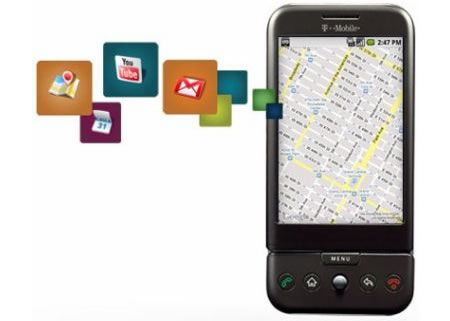