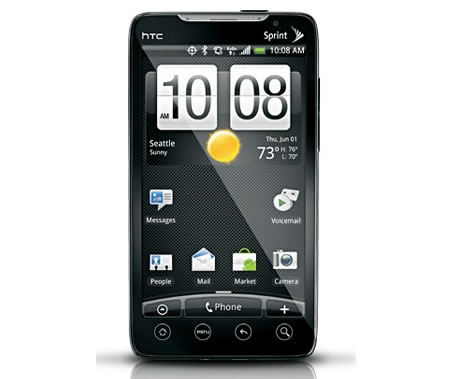 HTC EVO 4G sold out in the US!

Yes! That’s surely a new record for the sales guys at Sprint. The ever delicious HTC EVO 4G sold out in the US and well, there are more than a few folks left craving for something that they have been saving up for such a long time. However, missing the phone on the stands doesn’t need any excuse to cover up the delay. Now look it’s someone else who owns this 4G masterpiece with a 8 mp camera, 1GHz Qualcomm Snapdragon processor and might 4.3 inch screen.

It’s said that the HTC EVO 4G got sold out after 200,000 pieces were picked up at various outlets and the well, it’s declared a smash hit!
[BoyGeniusReport]