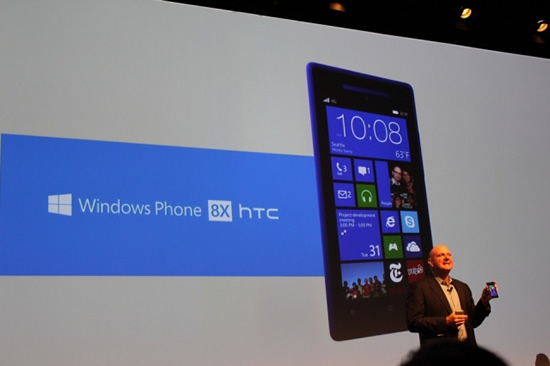 New Windows Mobile versions can now be looked forward to on Nokia handsets but we must not forget the old alliance between Microsoft and HTC. The latter has been supporting the Windows platform for a while now and it is only fitting that they bring in the Windows 8 in all its glory. The company revealed its 8x smartphone with precise details on when we can expect it and how much it would cost. So, we will see it follow the Windows 8 launch in early November. It will ride on AT&T, Verizon and T-Mobile when it does. On the insides, we can expect a 4.3-inch display screen, Windows 8 of course, an 8-megapixel camera, a 2.1-inch front-facing camera, a 1.5GHz Snapdragon S4 processor, 1GB RAM, 1080p video grabs and Beats Audio.


As of now, given the current hype behind the new Windows platform, we can clearly see HTC and Nokia clashing their horns. By adding LTE support to their phone we can safely state that the HTC 8x will clearly live up to the standards set by the company’s earlier One X that still stands unprecedented. November will tell us more.