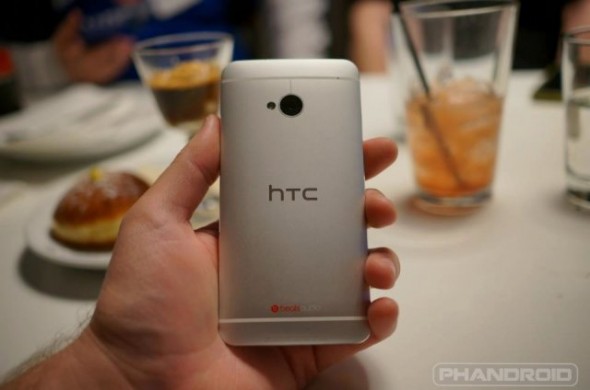 HTC One Google Edition shows up from credible source

Remember Russel Holly? No? Well, it’s fine. He’s this amazing dude from Geek.com was responsible for the much appreciated and applauded Samsung Galaxy S IV Google Edition leak, a day before it was announced at Google I/O. Well, he’s got that reputation at stake and so we can be sure that he would not be bluffing when he mentioned about the HTC One Google Edition rolling out. Now it so came to pass during the Samsung Galaxy S IV Google Edition that a representative from HTC tweeted that we could either settle for former or wait. That was a clear indicator that HTC were brewing something close to our lustful tastes. HTC’s developer arm has put its brains to work with the modders from that Android sphere to create magic such as a mechanism to flash custom software without much trouble. What’s your take on this? Will it lead more Android developers and modders to head to the HTC camp or will it look like just another effort?