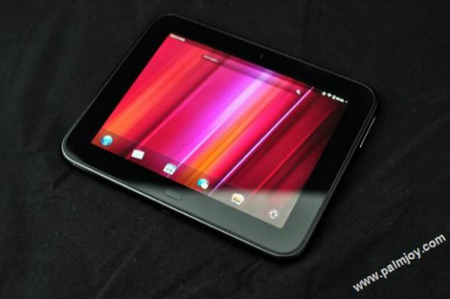 The HP TouchPad tablet sequel, called the TouchPad Go has been a silent predator on our radars. It’s been sitting in the dark, waiting for the spotlight to find it, just what this image has done. The device that was said to have died with the original TouchPad seems to have been pictured, proving that the 7-inch device was already designed and produced when the caves caved in. The spec sheets tell of a 1.5GHz processor, 32GB internal storage, 5-megapixel camera, video chatting via a 1.3-megapixel camera, Bluetooth, NFC, GPS and 3G.

It’s a pity that the device never managed to make it to the consumer market in all its splendor, back then. Now we can see what was not to be.
MobileWhack