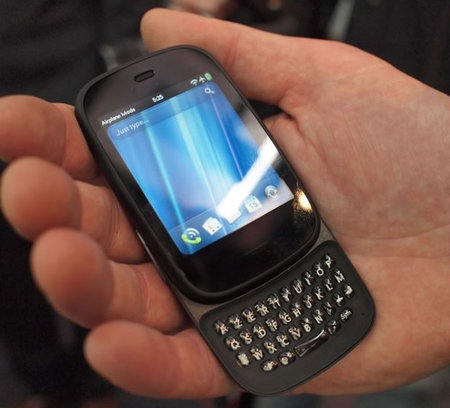 HP to launch its smallest smartphone Veer on May 2nd

HP’s smallest smartphone Veer, which was initially announced in February, is expected to be launched on May 2nd according to PreCentral. Though we don’t have a price, we can presume that Veer will be available from AT&T at less than $100 and maybe even free. The Veer comes with a screen that measures a measly 2.6 inches across with a resolution of 320 x 400 pixels. It has an 800 MHz Qualcomm processor inside, 512 MB of RAM, 5 MP camera, quadband GSM/EDGE, triband 3G, Wifi, Bluetooth and GPS. It’s a smartphone for people who want to go against the trend of large screen devices. Small but power-packed!

As you’d expect, it comes with a slide out QWERT keyboard and hence comes with a 15mm thickness. The Veer is also expected to make a launch in Germany on O2 in May.
[IntoMobile]