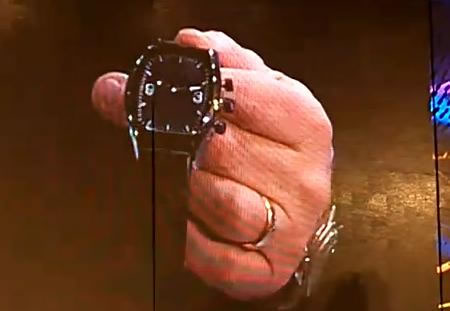 We like products that do more than we expect them to. Say for something like a watch, technology advancements tell us to look forward to more like time-telling features plus a few frills here and there like weather, GPS etc. Tech big wig HP and American watchmaker Fossil have partnered to create the “Metal Watch” concept which is ambitious of being the central point of connectivity for one’s gadgetry. Hp’s executives held a public demo in Shanghai that showed how the watch will interact with its users. He announced that the watch will have a “full software stack” that will stick up to the expectations of passionate tech enthusiasts.

The video here has the company’s CTO Phil McKinney talking about the distance technology advancements have traveled over the period of years, more like reminiscing over the past and overlooking the future of gadgets. But a concrete or definite set of capabilities of this watch concept remained amiss from the demonstration. This project does look big and we hope we can gather something more ‘relevant’ on this in future.
[PocketNow]