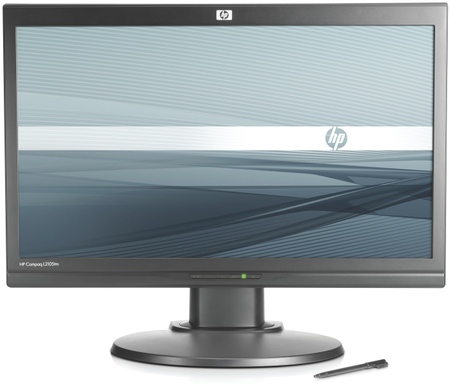 HP Compaq L2105 is the latest addition to the Windows 7-supporting league of monitors. The 21.5 inch multi-touch monitor has a CCFL backlight. As far as the multi-touch feature is concerned, it achieves the same with the help of two cameras and an infrared light and sensor that’s combined with a reflective field. The mere shadow of your finger on the touch interface triggers off the sensor to respond to your actions. The monitor will provide brightness up to 270cd/m2, 5 ms response time, 1000:1 contrast ratio and 170/160 viewing angles.

If you do not wish to stain the monitor with your fingers you can use the stylus that comes bundled with it. The HP Compaq L2105tm can give head-on to the Dell offering we had seen before.
[Displayblog]